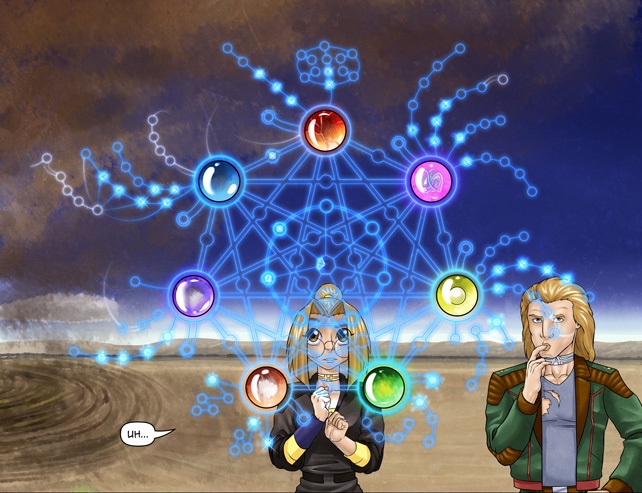 The power of genre-savviness.

It occurred to me just the other day that I have been enjoying this online comic tremendously for over a year now, and never spread the wealth around. So here it is; Grrl Power is a fantastic online comic that Dave Barrack started in late 2010.

Sydney, the comic’s main character, has both interesting things in common with, and is absolutely not at all like Hope Corrigan, aka Astra and the titular heroine of my books. Sydney is a huge geek, and sort of crazy. She’s the co-owner of a comic store and is tremendously genre-savvy—something that comes in handy when she gains superpowers (sort of)—and finds herself joining ArcSWAT, the government superteam of Dave’s setting.

Grrl Power is a deconstructive superhero story, by which I mean that it consciously plays with and subverts most of the tropes of the superhero genre. But the series is neither farce nor satire (although physical and verbal humor abounds); rather Mr. Barrack takes his world as seriously as I do the Post-Event world of Astra’s adventures. While Dave’s main goal is always and obviously to have fun with it, the actual situations that Sydney, aka Halo, finds herself in get fairly serious.

Anyone who can make me laugh hard enough to cry deserves my respect. Should you read it?

Grrl Power is a comic about a crazy nerdette that becomes a superheroine. Humor, action, cheesecake, beefcake, ‘splosions, and maybe some drama. Possibly ninjas.

Rated PG-13 for violence and gratuitous cheesecake (and beefcake)
Rated R for language. Seriously, Sydney has a filthy mouth.

If you’re still interested, don’t start reading it until you have an empty weekend; although Dave doesn’t update every day, he did start his rampage of superheroic insanity a few years ago and you’ve got a lot of reading and laughing to do.

Do it in a safe place.

12 thoughts on “Knowledge is Power. And Power is Power.”