Money Is (Sometimes) The Enemy Of Art

I am the opposite of an art snob (or literature snob). I think JK Rowling deserves her millions. So does every indie band that goes mainstream to cash in big, and every writer who scores a movie franchise.

I will be the first to admit that money can be the enemy of quality, whatever the medium of artistic expression.

The current example that made me think of this is the declining story quality of the Castle TV franchise. Don’t get me wrong; it continues to be entertaining. But the tightness and fire of the first few seasons is gone, and there is nothing the show’s writers and directors can do to get it back.

And it’s not their fault; Castle has been killed by the limitations of storytelling. 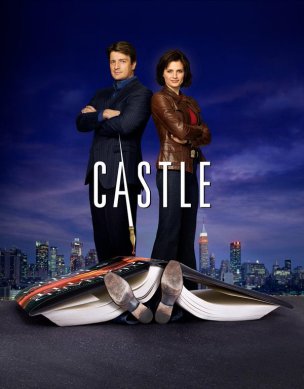 Castle, Season One: New York’s best homicide detective is saddled with a playboy mystery writer. She’s by the book, he writes the book. He sees her as his “muse,” she sees him as the pain in her ass. Hi-jinx ensue.

I could go on about the genius of the writers in how they layered, seemingly effortlessly, character into these two common archetypes. I won’t.

Castle, Season Eight: New York’s youngest police captain leaves her writer husband to protect him from the potential fallout of a dangerous and off the books investigation she is conducting. He tries to win her back. Even though he hasn’t really lost her and she could have told him their separation was just a cover. Needless angst ensues.

So, what happened? Simply put, what happened is the heart of the show was, by the end of Season 2, about the deepening relationship between Castle and Beckett (which should have resolved by the end of Season 3, but the writers didn’t know what do do next). But clearly and from the beginning, Castle and Beckett were meant to be Caskett, and the show could have done one of two things when that definitively happened; end with a wedding, or turn into a cozier Hart to Hart kind of series–possibly with more emphasis put on other characters like Alexis, Javier, and Ryan. Castle and Beckett’s romantic relationship should not have remained core of the repeating season arc.

And this is where money became the enemy of art. Because the heart of the show was about two characters and their relationship, the show owners would take a huge risk if they tried to change the central dynamic. Successful multi-season shows are valuable properties, and any serious change would threaten the show’s value. So instead, they settled into a repetitive cycle of relationship-threatening crisis.

This is called “going stale.”

And it’s a cautionary tale to all writers telling multi-season or multi-book stories; sometimes, the nature of the story you’re telling puts an unavoidable endpoint to it. Once you reach that endpoint, you’re either done or you have to take the elements you’ve got and tell a new story with them.

What begins, must end. But sometimes, for both authors and writers, the money is too good. Or the fan-pressure is to strong. What then?

Addendum: I was disturbed enough by the writer’s handling of the protracted Caskett Dance (which went on waaaay too long), that during a dry spell last year I actually wrote two fanfiction Castle episodes. Anyone interested in seeing my shame can find them on Fanfiction.net: The Long Holiday and Summer Heat.

I am a reasonably successful self-published author ("successful" means I can pay the bills and am highly rated in my Amazon category), former financial advisor (writing is more fun), and have something in common with Mitt Romney and Donny Osmond. Guess.
View all posts by George →
This entry was posted in TV Reviews and tagged Castle, fanfiction, writing. Bookmark the permalink.

2 Responses to Money Is (Sometimes) The Enemy Of Art