gift of Icarus and Oberon.

Dream of the earthbound, spin and flow,

fledge and flutter and fly and go!

I had no intention of posting again so soon, but this article caught my funny-bone. To summarize, it’s about a young female photographer in Tokyo who decided “keeping both feet on the ground” was too boring. So she began posting her daily levitation pictures–no computer gimmicks involved; just a fast shutter-speed and athletic ability.

There’s something about the dream of flight, and I don’t mean powered flight in the cabin of a plane, that seizes so many of us; in my humble opinion it’s the reason for parachuters, hang-gliders, basejumpers, balloonists, and other such insane people. Going back to superheroes–as my mind almost invariably does these days–we all seem to recognize flight as the coolest superpower (there was no question what I wanted to see on the covers of WtC and VI).

So hats off to Natsumi, and her talent for bringing her dreams into her art. Here are some more cool shots, and, yes, if I could fly I wouldn’t walk anywhere either. 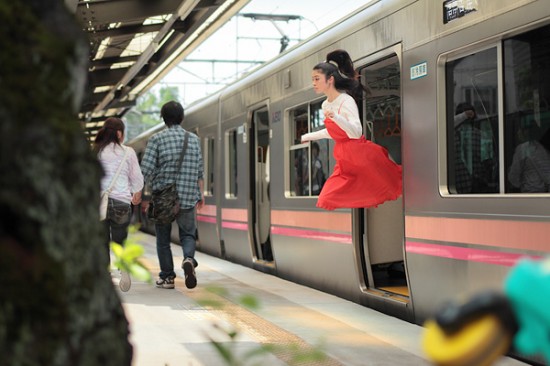 One thought on “Pixie Dust and Happy Thoughts.”