“With great power comes great responsibility,” is one of the most famous lines in comic-book history, and in most superhero universes anyone who gets bitten by a radioactive spider, doused with exotic chemicals, or just spontaneously mutates is going to pull on the tights and go fight crime (or experience a psychotic break and start laughing in all-caps). But two of the most powerful Avengers were born with great power; for them the hero’s path started with a loss of power. 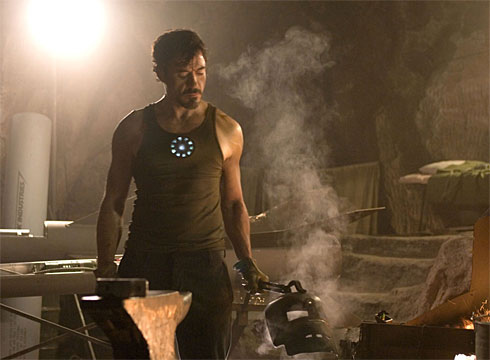 First we have Tony Stark–genius and playboy, heir to a Bill Gates fortune and even smarter than his dad. On a marketing trip to the Middle East, he gets blown up, kidnapped, wakes up in a cave connected to a car-battery, and is ordered to make weapons for forward-thinking warlords. His clever escape is made possible only by another captive scientist who makes the ultimate sacrifice to give him a chance.

Does this life-shattering event make Tony humble? Not so you’d notice, but it does force him to grow a social conscience; he realizes he is responsible for the uses to which his technology is put. In a possibly unintentional allegory for nuclear anti-proliferation, he first tracks down the bad guys who are using his stolen weapons, then finds their supplier and shuts him down. A hardcore libertarian, Tony even refuses to let his own government have the Iron Man tech–preferring to privatize the newest field of national defense technology.

Tony Stark is a man of the One Percent (more precisely, the Point Oh Oh One Percent), a third-generation billionaire, prep-school and Ivy League-educated, he is fully aware that he is the smartest man in any room. Arrogant is a good adjective for him, and he is as capable of self-indulgent excess as any child of privilege. These personality traits don’t make him very attractive as a character, and only his awakened sense of purpose redeems him.

Then we have Thor, a character who takes privilege to a whole new level. He’s a prince. And not just any prince–he’s a prince of a realm of beings who are so powerful they have been mistaken for gods. Raised to inherit the throne of Asgard, he’s also the realm’s greatest warrior–and this in a kingdom of warriors. He is the high school senior, class president, captain of the winning football team, so unconsciously arrogant that it takes being stripped of his power and banished to Midgard (Earth) for him to begin to pay attention to the concept of consequences. 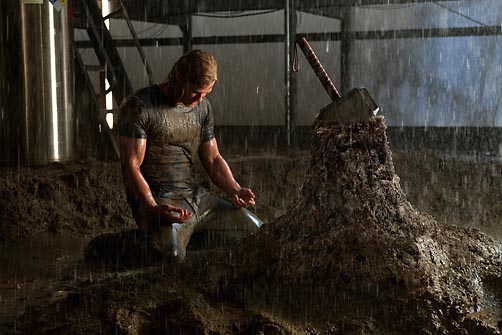 Thor only accepts his punishment when he learns that he is responsible for his father’s death and that his continued banishment is the price for peace between Asgard and Jottunhiem. In the end, he proves himself worthy by sacrificing himself to appease Loki and save his friends. Lesson learned and practiced, he regains his power and kicks much ass. But does Thor learn humility? Again, not so you’d notice. He does learn responsibility, finally understanding that his actions can harm others. But he already had plenty of courage, and while he now recognizes his father’s superior wisdom, I’m sure that, especially when among the mortals of Midgard, Thor still believes he has no equal.

But the truth is, when the fecal matter hits the rotary air-circulation unit, people like Tony Stark and Thor are the kind of people we need. Humility is a virtue, but it is seldom a superhero-virtue. Like Army, Navy, and Marines special forces, like Air Force Top Guns, the Avengers’ roll-call is filled with heroes who fight at the top of their game and are unmatched in their fields. In addition to Iron Man and Thor, Hawkeye is the ultimate marksman, Black Widow the ultimate assassin. The sole exceptions to the parade of I Am The Greatests may be Captain America (a soldier just doing his job) and Bruce Banner (a scientist who has learned a great deal about humility). And that’s okay, too; Captain America, a rare hero without ego, will wind up leading the team.

I am so looking forward to this coming weekend. Avengers Assemble! Stay tuned for a review.

I am a reasonably successful self-published author ("successful" means I can pay the bills and am highly rated in my Amazon category), former financial advisor (writing is more fun), and have something in common with Mitt Romney and Donny Osmond. Guess.
View all posts by George →
This entry was posted in Uncategorized and tagged Comics, Iron Man, Superheroes, The Avengers Movie, Thor. Bookmark the permalink.