Stuff I Think You Should Know. 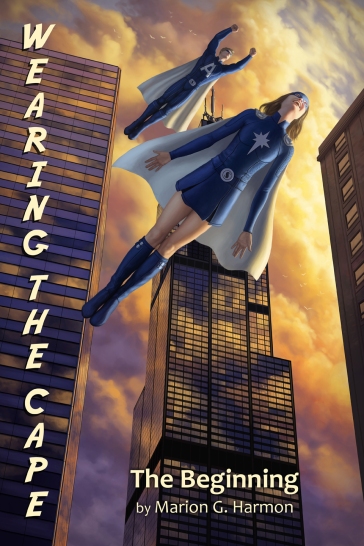 Hey everyone, and hope you all had a great Halloween. I tried to do my bit by getting Bite Me up in October, and it’s selling well although it has yet to be reviewed by anyone into vampire stories. Been busy since on three projects; one, of course, is Young Sentinels, which I hope to release in January. For those who like teasers, the opening sentence is:

We were lucky I was flying morning patrol instead of sitting in class when Potowatomi Woods decided to destroy the Chicago Executive Airport.

The second project was a complete re-edit of both Wearing the Cape and Villains Inc. Lacking both agent and editor, I missed things in both books–mostly grammatical and spelling errors, but also some very embarrassing mistakes; for example, I gave Detective Fisher three first names (for the record, it’s Max). So I spent much of October going back over both books and “fixing” things and then uploading the changes on Amazon. The good news is, everyone who purchased the Kindle edition of either can get the updated releases by deleting their current copies from their Kindles, sending an email to customer service asking for the updated copy for their archives, and then downloading the new copy from their archives once the change is made (it usually takes no more than a day).

The third project was a simple one: I cut out the first third of Wearing the Cape (everything up till the end of Astra’s first big fight and her argument with Atlas), and put it up for sale for $.99 on Amazon as Wearing the Cape: The Beginning. Why? Because while I want to keep my books priced as professional-publisher prices, I also want to put Astra out there in the world of impulse-buy $.99 downloads.

Naturally WtC:TB is starting with zero reviews, so anyone who has previously reviewed Wearing the Cape and wants to copy non-spoilery parts of their review to WtC:TB will have my endless gratitude. And if you have any Kindle-using friends who you think would appreciate the story, gifting a $.99 book is an easy way to spread the love.

And on a last note; the October drawing for two copies of Bite Me: Big Easy Nights is finished. Since Richard Smith is the only one who posted a review and replied to the drawing announcement post to let me know (and still didn’t provide an email), he is the lucky winner. Since I set aside a two copies for this, if anyone else has posted a review or wants to post a review, the extra copy will go to whomever first alerts me to their review here.

Send me your email address Richard. And everyone enjoy the season!

9 Responses to Stuff I Think You Should Know.