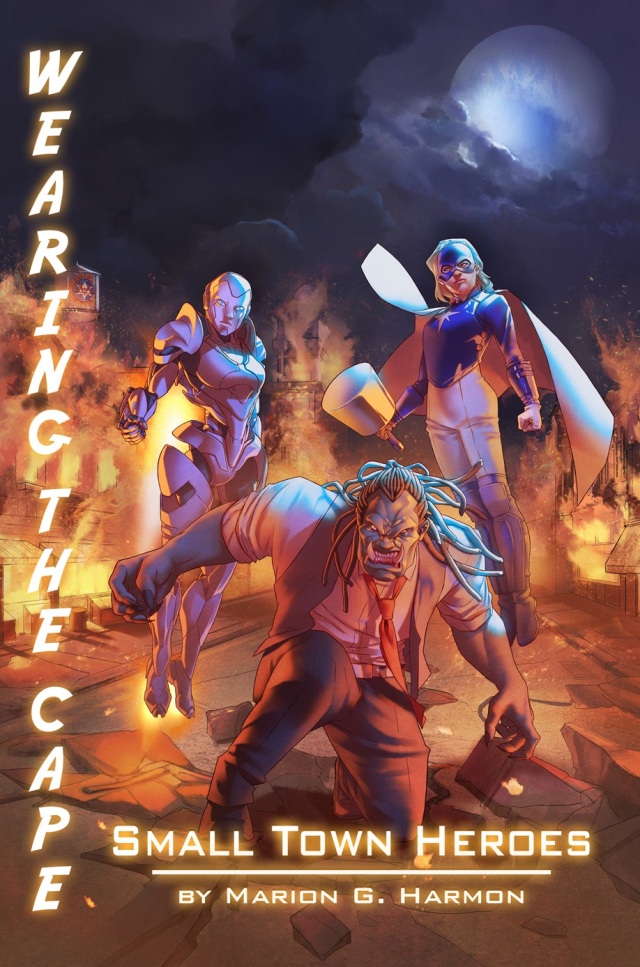 Now one of the most popular Sentinels in Chicago, past scandals notwithstanding, Astra is the team leader of the Young Sentinels, the newly formed junior team. But on their first big solo-outing away from Chicago, the Young Sentinels fall into a new scandal, one which could cost them the team. And Astra has a dream visit from Kitsune, the odd shapeshifter-thief who precipitated the battle between the Sentinels and Villains Inc. the year before. The dream warns of a fresh disaster, in a town Astra has never seen before and that may not actually exist.
Astra’s efforts to find the place from her dream leads to her “recruitment” by the shadowy Department of Superhuman Affairs, as she leaves the team behind in Chicago and learns more about the DSA’s secrets than are good for her, faces old enemies, and discovers a little town called Littleton.

I am happy to announce that the official release date for Small Town Heroes will be September 30th! The awesome cover for my fifth book is brought to you by the combined efforts of Jamal Campbell (figures) and Jessica Cheng (background), both up-and-coming artists.

The Kindle release should be available on the 30th; the paperback release will take a couple of more weeks. Once both are available I get to turn my efforts to the project that has increasingly focused my obsessions this past year–Wearing the Cape: the Roleplaying Game–as well as a writing project or two I had to move to the back-burner. The great news with the gamebook is that both Jamal and Jessica have agreed to work with me on the rest of the gamebook art. I am seriously considering a Kickstarter campaign so that I can pass them more money than my current budget allows, and I certainly hope that I can have them with me on future book covers.

So set your calendars for the 30th; I look forward to what everyone has to say, here and on Amazon.