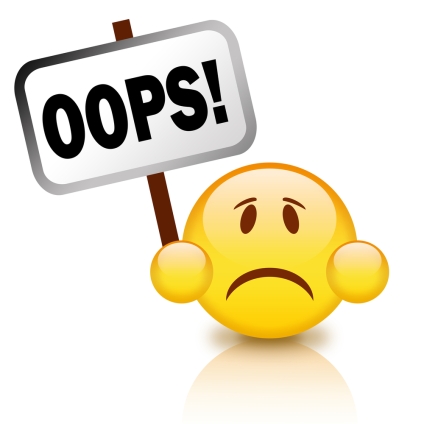 Did you know that, when you set up a book on Amazon for pre-order, you lock in a deadline beyond which you cannot make any changes to the ebook file until after launch?

The lockout went into effect on Monday, which wasn’t a problem, because the last edits had been finished last week . . . Wait, there’s a problem?

So, bottom line, I didn’t hear back from one proofreader until yesterday. She’d volunteered to do one final fast-pass, and unbeknownst to both of us the window for edits had closed. I’m glad she did it, though, because she found a big OOPS. In a key climactic scene the names of two characters had gotten swapped somehow. Or rather, their rolls had been swapped earlier and not all of the spots where they’re named got fixed. The result was a major discontinuity in two of the last chapters.

The other option was to cancel the pre-order. Of course this would void everyone’s hold on the book. It would also ban me from using the pre-order option again with Amazon for one year.

I slept on it and then decided to cancel the pre-order. Why? Because a lot of people pre-ordered the book. They were going to get the notice from Amazon the instant it published, or just open their Kindle and find the book link ready for download. And it would contain the OOPS.

And chances are at least some of my readers would have then read the book before seeing any notice about the OOPS. I’m not sure how many first-reads it would have spoiled, but I decided it wasn’t worth it just to have the pre-order/publication go smooth. So I canceled the pre-order, then promptly resubmitted the book, going through all the steps again. In my experience, although Amazon says it can take up to 72 hours to process a submission, going from clicking the Publish icon to actual publication generally takes only 2 to 6 hours; worst-case scenario for me, it would have popped up as available overnight.

I got the best-case, so here it is, finally. Book 7 in the Wearing the Cape series, Recursion.

Sorry for the mess-up, and I hope you all enjoy it.