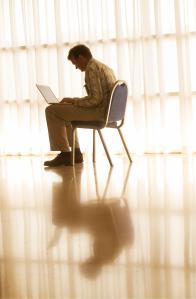 Good news: the Createspace edition of Young Sentinels is now being proofed, and I hope to have a box of YS to take with me to the Las Vegas Comics Expo. Bad News: now I have no excuses to save me from launching into plotting/drafting the next book, Girl’s Night. There is, however, one post-publication item I’ve decided to add to my list: a post-publication critique page.

You know what I mean; the new piece of art is hanging in the gallery and getting comments like “I think it’s a duck.” Reader feedback. Amazon is one source of feedback, but not the place for detailed critical discussion, and some of my readers have thoughtfully posted here in the past to let me know about editing issues, etc. So what I’m really looking for here are unvarnished opinions. What do you think about: the new characters? the story’s bad guys? ongoing character progressions? multiple POVs? What do you consider the good bits? The bad bits? Were you lost at any point? And so on.

Why is this important? For a writer, each new book is practice, a workshop exercise for the next book (at least until you’re Patterson or King). I get some feedback from my beta-readers while writing my books, but hearing from readers who don’t know me and won’t hesitate to tell me where I’ve let them down or where they think I can do better is vital. Hearing what I’ve done right helps too, but not as much as hearing what I can improve upon.

24 thoughts on “And now the post-mortem…”